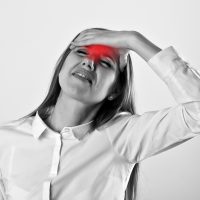 Are you suffering from spasms or twitches in the muscles on one side of your face? If you have been experiencing this for a long time and the condition occurs relatively frequently, it may be due to an issue with one or more of the delicate nerves in the skull.

There are twelve cranial nerves in the skull, which together control the movement and sensory function of the organs and various regions in the head. One of the more central ones is the facial nerve, which comes out of the brain stem and branches into five parts, allowing us to move all parts of the face and providing the sense of touch.

The cranial nerves, including the facial nerve, run from their points of origin to the organ that they are responsible for, and pass a number of different structures on the way, including blood vessels, bones and tissue. In some instances, and for reasons that remain unclear, there can be physical contact between the nerve and one of the structures in the area, resulting in pressure on the nerve that can, over time, affect its function. When this happens in the facial nerve, it can result in a spasm in the facial muscles, typically affecting one side only, which can develop in a serious aesthetic issue and even a medical problem.

Precise and advanced microsurgery performed by the neurosurgical specialists at the Herzliya Medical Center offers a complete solution to the problem with particularly high success rates.

What is a hemifacial spasm?

By definition, a spasm is the involuntary activity of a muscle or group of muscles in the body. These muscles contract uncontrollably, which can be seen as spasms (motor tics) of those muscles, which can last for extended periods of time.

A hemifacial spasm typically occurs due to pressure applied to the facial nerve or one of its branches. The pressure results from the contact between the nerve and a particular blood vessel or a group of blood vessels that apply considerable pressure to the nerve with each heart beat. Nerves are composed of very delicate tissue that, under pressure, can be damaged significantly, even to the extent of total impairment of function. This is the damage that results in muscle spasms, which result from improper electrical transmission through the nerve.

Hemifacial spasms typically begin in the region of the eye and do not cause significant damage or health issues, but the longer the pressure on the nerve lasts, the greater the effect and the damage will be.

During advanced stages, the spasm will appear with greater frequency and last longer. It will also spread to the area around the mouth, the forehead and even the neck, effectively appearing along the entire length of the affected half of the face, from the eyebrow to the upper part of the neck. The effect of the spasm in its advanced stages may be seen as one or more of the following:

The condition can even result in difficulties with speech or eating problems.

How are hemifacial spasms diagnosed?

As mentioned above, the main cause of hemifacial spasms is pressure on the facial nerve. Therefore, if you suffer from any of the symptoms mentioned above, you will most likely be sent for advanced imaging studies at the hospital’s Imaging Institute. During the examinations (which typically involve a head CT or MRI), the doctor will identify the pressure point on the facial nerve in order to allow for precise treatment later on.

In some instances, hemifacial spasms will appear after paralysis of the facial nerve, which may grow in an inappropriate manner during the healing process and come into contact with various structures that apply pressure to it. Here, too, the nerve will be assessed and the pressure point causing the spasms will be identified.

There are two ways to treat hemifacial spasms. The first treatment involves the use of Botox, which serves as a temporary but rapid fix for the problem. The second – the surgical option – is considered to be more comprehensive and to offer the patient complete recovery in the vast majority of cases.

The use of Botox (injection of small quantities of a toxin known as botulinum) allows for relaxation of the contracting muscles, which will prevent recurrence of the spasm. Botulinum is a toxin that is injected in very small quantities in to the contracting muscles, essentially paralyzing and relaxing them such that they stop going into spasm. That said, this is only a temporary measure that remains effective for no longer than three months. Afterwards, the patient must return for additional shots in the damaged affected muscles.

Note that the use of botulinum is not harmful to the body, even if the injections are performed a number of times. This is due to the fact that the doctor uses a very small quantity each time. That said, it is important to remember that the shots treat the symptoms and not the source of the problem and therefore the treatment is used as a temporary solution only.

The recommended treatment for hemi-facial spasms is microsurgery, which serves to treat the source of the problem – the pressure point on the damaged nerve. Before the operation, the doctor will identify the exact location of the pressure on the nerve (which is done, as mentioned previously, using various imaging studies). During the surgical procedure, the doctor will physically separate the nerve from the structure pressing on it. The separation is performed in a delicate, careful and precise manner using a special synthetic substance that is not rejected by the body and prevents contact between the nerve and the structure.

Surgery for the treatment of hemifacial spasms is considered to be a very delicate procedure performed using the most advanced and sophisticated microsurgical instruments, but is not considered to be particularly complex when performed by experienced surgeons. The neurosurgical specialists at the Herzliya Medical Center, led by Dr. Sagi Harnof, Prof. Zvi Ram, Prof. Moshe Hadani and Dr. Zion Zibli have performed a large number of successful operations that resulted in full recovery from hemifacial spasms.

Are you suffering from symptoms characteristic of hemifacial spasms?

Contact us today at the Neurosurgical Center for Excellence at the Herzliya Medical Center to receive professional treatment at the highest international standards.