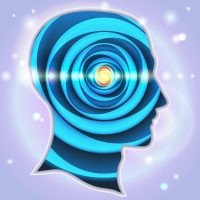 The pineal gland is a tiny gland found behind the hemispheres, meaning in the rear part of the brain. It is one of a number of glands that are responsible for secreting various hormones into the blood stream. The pineal gland itself is responsible, for the most part, for the production of melatonin, which affects many important processes in the body, including the aging process and the function of our “biological clock”.

The appearance of tumors in the area of the pineal gland is considered to be relatively rare and the appearance of malignant tumors there is even rarer. For the most part, tumors in the area of the pineal gland are treated conservatively (meaning without surgical intervention), but in the event that it is life threatening or significantly disrupts a person’s way of life, surgical intervention may be necessary to remove the tumor. These procedures are considered to be highly complex and are performed only by highly experienced and skilled surgeons such as those at the Neurosurgical Center for Excellence at the Herzliya Medical Center.

About the Pineal Gland and the Development of in that Region

The pineal gland is located, as mentioned, in the back part of the brain at the height of the eyes. The gland is very small, roughly the size of a grain of rice, and earned its name due to the fact that it looks like a pinecone. This tiny gland, which for years was believed to be a useless vestigial artifact in the human body, has been found over the years to be involved in quite a number of important bodily processes. The preeminent of its functions is the synthesis of melatonin – the hormone responsible, among other things, for the function of our biological clocks, and plays an important role in our circadian rhythms (mechanisms that control sleep and wakefulness). In addition, melatonin plays a role in the aging process and helps in the growth process during childhood, and contributes to the robustness of the immune system.

The pineal gland is therefore very important when it comes to our bodily functions despite its miniscule size. Its proper function is therefore crucial, and can be impaired by the appearance of a tumor in the area. Such a tumor, whether malignant or benign, can put pressure on the pineal gland and thus affect its ability to function or impair its ability to produce melatonin.

As mentioned in the introduction to this article, tumors located in the region of the pineal gland are considered to be rare and are typically found to be benign. Benign tumors, too, however, can still affect the function of an adjacent organ. Any damage to the gland’s function can be critical and often requires treatment. Furthermore, the tumor can sometimes affect the natural drainage of fluid from the brain’s ventricles, a condition known as hydrocephalus, which can result in an increase in intracranial pressure to dangerous levels.

Tumors in the Region of the Pineal Gland – Symptoms

As opposed to other brain tumors, those growing in the area of the pineal gland do not necessarily cause any symptoms, at least during their earliest stages of development. One of the reasons for this is that they tend to be slow growing. Therefore if you have a tumor of this type, you may function normally for months or even years without it affecting your daily life or endangering your health in any way.

In the event that symptoms do appear, however, you may notice some or all of the following:

Diagnosis of the tumor is typically made using an MRI scan and sometimes also involves a CT scan of the head. Incidentally, due to the characteristics of these tumors, they are often found incidentally during imaging studies for an entirely different reason. Such findings will not necessarily lead to a decision to take any action: the doctor will decide upon the correct treatment choice based on the basis of reporting that you provide and in accordance with any symptoms from which you suffer.

Since tumors in the region of the pineal gland do not necessarily lead to the appearance of any symptoms, there is a tendency to choose conservative treatment options, meaning an option that does not involve surgical intervention. If the tumor is found incidentally and is not causing any symptoms, the only treatment will be monitoring the tumor’s rate of growth and its effect on your daily life. If certain symptoms are caused by the tumor, but these symptoms are not severe and significant, you will be given various hormonal medications to “compensate” for the impairment the pineal gland’s function, which will typically restore hormonal balance and bring your body back to normal levels of function.

When is surgery nevertheless decided upon? In the event that the tumor is affecting the drainage of cerebrospinal fluid and increasing the chance for hydrocephalus and increased intracranial pressure, surgical intervention would be decided upon – deployment of a shunt for drainage of the fluid, or removal of the tumor in more urgent cases.

In the event that the tumor itself is causing serious and significant symptoms that do not disappear in the framework of treatment with medications, or if there is some suspicion that the tumor is malignant, surgery to remove it will be decided upon. This operation is a complex one due to the location of the tumor deep inside the head. The doctors at the Neurosurgical Center for Excellence at the Herzliya Medical Center, who are neurosurgical specialists with extensive experience in removing brain tumors, also frequently perform complex operations such as these. Their skills, experience and extensive knowledge means that a procedure such as this also has a very high probability of success.

Have you been diagnosed with a tumor in the region of the pineal gland?

Contact us today for diagnosis and treatment by the superb specialists at the Neurosurgical Center for Excellence at the Herzliya Medical Center.