Hydrocephalus – The Disease and Treatment Options 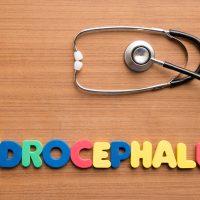 Hydrocephalus, also known as “water on the brain”, is a disease that results from an increase in the amount of fluid in the skull cavity. In the past, it was considered to be an incurable illness, but today, it can be fully cured using appropriate interventions.

So, what is hydrocephalus? Due to the fact that the brain is one of the most important and sensitive organs in the body, it is protected by range of structural mechanisms intended to ensure its integrity. For example, the skull is a hard case that protects the brain, and while it is certainly a familiar mechanism, it is not the only one. Inside the skull itself is a special fluid known as the CSF or cerebrospinal fluid, which envelops the brain and allows it to float inside the skull, thereby acting as a shock absorber, helping to reduce shocks and jolting that could be very damaging. The CSF is found not just around the brain but also inside it, in the brain’s ventricles, and is drained by the body naturally and at a fixed rate.

In some instances, excess CSF is produced in the skull for various reasons, resulting in a condition known as hydrocephalus or “water on the brain”. If such cases last for an extended period of time, they can result in an increase in the intracranial pressure, which will subsequently increase the pressure on the brain itself and impair its ability to function properly. At the Neurosurgical Center for Excellence at the Herzliya Medical Center, the medical professionals who are expert in the treatment of hydrocephalus will provide you with the optimal and rapid medical care of the problem.

Production of CSF and the Causes of Hydrocephalus

The CSF (cerebrospinal fluid) is produced in the brain naturally. Normally, the body produces roughly half a liter of CSF every day, but only 150 ml of fluid may be around and within the brain at any given time, indicating a constant exchange of the fluid in the skull cavity. The drainage of the cerebrospinal fluid from the skull takes place through the area of the upper sinus. The fluid is absorbed into the blood stream, where its role finishes.

Hydrocephalus results when large quantities of fluid accumulate in the skull. This can occur for a number of reasons:

Incidentally, there are cases in which the hydrocephalus forms while the intracranial pressure remains normal, which is a condition known as Normal Pressure Hydrocephalus (NPH). In such cases, the pressure in the skull cavity does not increase but the brain ventricles expand significantly, so damage to the brain and brain tissues is nevertheless caused. This syndrome is relatively common among elderly patients.

Since the brain is a highly sensitive organ, even the most minor increase in the pressure applied to it can cause damage. The pressure can affect brain function and brain tissue function, which can later lead to the appearance of a wide range of symptoms and could cause severe brain damage over time.

Usually, the symptoms and characteristics of hydrocephalus can be divided in two categories based on the age of the patient:

Symptoms seen in infants and children:

The disease is diagnosed using various imaging studies. Usually, the doctor will decide to refer you for a head CT at an advanced imaging center in a hospital where they can examine the skull cavity with precision, evaluate the extent of the condition and even identify factors that may have caused the development of hydrocephalus in many instances. In the event of NPH, in addition to the imaging studies, the patient may have to undergo a spinal tap for assessing the pressure of the cerebrospinal fluid.

In the not too distant past, hydrocephalus was considered to be an untreatable and fatal illness. Over the years, however, scientific medical advances have made the disease entirely treatable.

In the vast majority of cases, hydrocephalus is treated surgically. The most common operation performed is surgery to implant a shunt, which is a thin, flexible tube usually made of silicone, which is placed in one of the ventricles of the brain to allow for effective drainage of the CSF from the skull cavity into the blood stream.

Surgery to insert the shunt is, of course, performed under general anesthesia. The surgeon will insert the silicone tube through a small incision usually made behind the ear (mostly for aesthetic reasons) and will insert one end of the tube into one of the ventricles, depending on the nature of the problem and the location of the causative factor obstructing the drainage, if such a factor exists. The tube will be run through the neck and into the abdominal cavity, to which the CSF will drain and subsequently be absorbed by the blood stream.

The tube itself includes a special one-way valve that ensures precise drainage of the CSF at the correct rate in order to maintain the proper intracranial pressure. The shunt is designed to remain in the patient’s body for the length of their life and will ensure normal drainage without inhibiting the person in any way.

Note that the operations for shunt placement are considered to be relatively simple procedures and last no longer than two hours. The neurosurgical specialists at the Herzliya Medical Center, including Dr. Sagi Harnof, Prof. Zvi Ram, Prof. Moshe Hadani and Dr. Zion Zibli, have extensive experience in performing this type of procedure and have exhibited extremely high success rates.

An additional surgical option for the treatment of hydrocephalus, which will be considered depending on the nature of the condition, the patient’s health status and physical attributes, is known as a third ventriculostomy. In this procedure, which is performed using an endoscope and minimally invasive techniques, an opening is created in third ventricle of the brain, through which the fluid can drain. This method does not involve the insertion of a tube into your body, however, you may be required to take medications after the operation to decrease the rate of CSF production.

Do you think you or someone you know may be suffering from hydrocephalus?

Contact us today to consult with the hydrocephalus specialists at the Neurosurgical Center for Excellence at the Herzliya Medical Center.