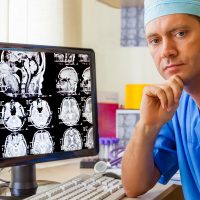 Cancer is one of the most harrowing illnesses people face today. The causes of the disease are not yet fully understood, and very often, it can be life-threatening. There are more than 200 types of cancer, and the common feature of all of them is the unregulated development of certain cells that become a malignant tumor that harms everything in its path.

At Herzliya Medical Center, we have specialists from a range of different fields with extensive knowledge regarding everything related to the treatment of cancer in their fields of specialization. This ensures that patients receive the best and most professional treatment for all types of cancer.

Cancer – How does it develop?

As mentioned previously, cancer is the result of unregulated growth of certain cells in the body. The body’s cells continually regenerate, but in some cases, for reasons not yet fully understood, this regeneration occurs in an uncontrolled manner. As a result, “surplus” cells grow at that location, forming a mass known as a tumor.

The tumor can be benign, meaning non-cancerous, or malignant, meaning cancerous. Malignant tumors are considered to be aggressive because they harm the healthy tissues around them, impair the function of adjacent organs and prevent those organs from working properly. This is how cancer emerges.

The severity of the illness and the risk associated with it depend, first and foremost, on two factors – the location where the tumor develops and the stage of the disease upon discovery. Regarding the location where the disease develops, it is clear that cancer that develops in the brain is more dangerous than cancer that develops in the leg and therefore cancer in the brain will require more urgent treatment. Regarding the stage of the cancer when it is discovered, the more advanced the disease is, the more destructive and dangerous it will be. The earlier the disease is discovered, the greater the chance is of complete recovery.

Malignant tumors are typically divided into two kinds (regardless of the type of cancer):

Since there are more than 200 types of cancerous tumors, there is a huge range of symptoms, which vary based on the type of cancer. For example, malignant brain tumors can cause dizziness, nausea and cognitive problems; lung cancer can result in coughing or difficulty breathing; skin cancer can result in the development of a stain on the skin in the affected area or a rapid change in the shape of existing birthmarks.

That said, it’s important to note that some of the symptoms – particularly those in sensitive organs like the brain, can also be characteristic of benign, non-cancerous tumors as well. Beyond that, a significant portion of the symptoms characteristic of cancer, can also be found in other conditions that are not cancer. Therefore when there is suspicion of the development of cancer in the body, the most important stage is diagnosis.

How is cancer diagnosed?

A diagnosis of cancer is made according to the reports and symptoms you describe to the medical staff. These are essentially the first indication for diagnosis of the disease, though it is only the first step on the road to a full and accurate diagnosis. Note that there are certain types of cancer that are not always symptomatic, particularly during their earliest stages, but general tests and various screening measures are meant to help with the early detection of these cancers.

Diagnosis is this performed in accordance with the medical history and symptoms that you report to your physician as well as the use of various imaging modalities, from advanced ultrasound devices to CT and MRI scans. The Herzliya Medical Center is home to one of the most advanced imaging institutes in Israel and around the world and is ready to assist you at all times, if needed.

After the various imaging tests are performed, if a suspicious finding has been identified (i.e. a tumor or any other finding that might demonstrate the possible development of a particular type of cancer), the medical team will make a decision regarding continued treatment. In many cases, you will be sent to have a biopsy – a semi-invasive procedure during which a specimen of the suspicious finding will be collected. For example, if a suspicious finding is discovered in the brain, a tiny sample of the finding will be collected using a thin needle inserted into the location where it was discovered, guided by advanced navigation tools that will assist the doctor throughout the entire procedure.

The biopsy, a tiny sample collected from the tumor, will be sent for laboratory testing where it will be analyzed and the doctors will determine whether it is benign or malignant. It is important to remember that in certain cases, the biopsy can only be performed during a full operation, and sometimes only once the tumor has been removed.

After the tumor is discovered and grading is performed (modern medicine divides the level of malignancy into four grades where 1 is the lowest grade of malignancy and 4 is the highest), your doctor will decide on the best treatment option. There are three main treatment modalities:

In many cases, the medical team will decide on a combination of the two or three of the above mentioned options in order to reach the best possible outcome. For example, not infrequently, a patient will undergo chemotherapy prior to surgery in order to shrink the tumor, making it easier to remove it during the operation itself.

At Herzliya Medical Center, there is a team of physicians with extensive experience in the diagnosis and treatment of all types of cancer. They enjoy some of the most advanced facilities in the world, all designed to give you the highest quality of care available.

Are you suffering from suspicious symptoms?

Do you think you may have cancer?

Contact us today at the Herzliya Medical Center to receive the highest standard of diagnostics and professional treatment available.