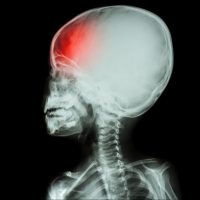 At the Neurosurgical Center for Excellence at Herzliya Medical Center, physicians practice who rank with the top in Israel and internationally in all that pertains to the treatment of brain tumors, among them renowned specialists in pediatric procedures.

What types of cancerous brain tumors are common in children and what are the features of these tumors?

First, it is important to understand that most types of cancerous brain tumors that can appear in adults can also appear in children. That said, there are specific tumors that are considered to be more common at a younger age:

It remains unclear just why malignant brain tumors develop in children. Most instances of brain cancer in children occur by the age of 10, but as mentioned previously, they are still considered to be relatively rare, appearing in just 3 out of every 100 thousand children.

What signs might indicate the development of brain cancer in children?

This question is the most important due to the extreme difficulty associated with diagnosing the disease in children, particularly at a very young age. Children naturally have limited communication capabilities during their first years of life and therefore cannot tell the people around them exactly how they feel. This is where you – the parents – come into the picture: noticing behavioral changes in your child and taking all of their complaints seriously can of decisive importance in these instances.

The main symptoms, then, that might indicate the development of a brain tumor in children include:

There are two important things to keep in mind: first of all, often only some of these symptoms will appear, and not all of them together. Secondly, these symptoms can be common features of other diseases, not just brain cancer, and therefore it is important to avoid jumping to conclusions. It is important to visit the physician with the child promptly for medical diagnosis, and to wait for the physician’s findings.

In most cases, the first suspicion that a child might have a brain tumor arises during a visit to the pediatrician. From there, the child will be sent for further testing at the hospital. There, doctors will perform imaging studies that will allow the medical team to evaluate the findings and make a proper diagnosis.

The most appropriate examination for diagnosing brain cancer in children is an MRI scan. Often a head CT scan will also be performed too and will provide additional information for making the proper diagnosis. Due to the age of the patients in these cases, it is important to explain what is happening to the child delicately and clearly. The Imaging Institute at the Herzliya Medical Center is run by experienced medical professionals with experience treating children, who will be able to assist you in making the examination more pleasant and tolerable for your child.

After the proper diagnosis is made, the medical team will determine what treatment will be most appropriate. Surgery is considered to be the most effective treatment for brain tumors. The operation is performed under general anesthesia and typically lasts a few hours. Choosing to perform surgery depends on many things, such as the location of tumor and how far it has spread in the brain.

In certain cases, the tumor might prevent the natural drainage of the cerebrospinal fluid from the brain’s ventricles, which can cause accumulation of fluid in the brain – a condition known as hydrocephalus. This condition is considered to be relatively common in children. In such cases, the surgery will also involve the treatment of this problem, not infrequently involving the placement of a special tube known as a shunt for the effective drainage of the fluid to decrease the intracranial pressure that results from fluid accumulation.

The physicians at the Neurosurgical Center for Excellence at the Herzliya Medical Center have performed hundreds of such operations for the removal of brain tumors in children, including in especially complex cases. Their skills as well as access to the most advanced medical equipment allow them to present impressive success rates in these procedures.

Remember that surgery for the removal of a brain tumor is not the only treatment option in these cases. Sometimes, the medical team will decide on alternative methods, such as radiation or chemotherapy, either in addition to a surgical procedure or instead of surgery. Note that radiation therapy is not administered to children under the age of three years as their brains are undergoing crucial stages of development.

Are you concerned that your child might be suffering from a brain tumor?

Is your child suffering from one or more of the symptoms mentioned above?

Contact us today at the Neurosurgical Center for Excellence at the Herzliya Medical Center.

We will make sure to provide you with the best treatment.